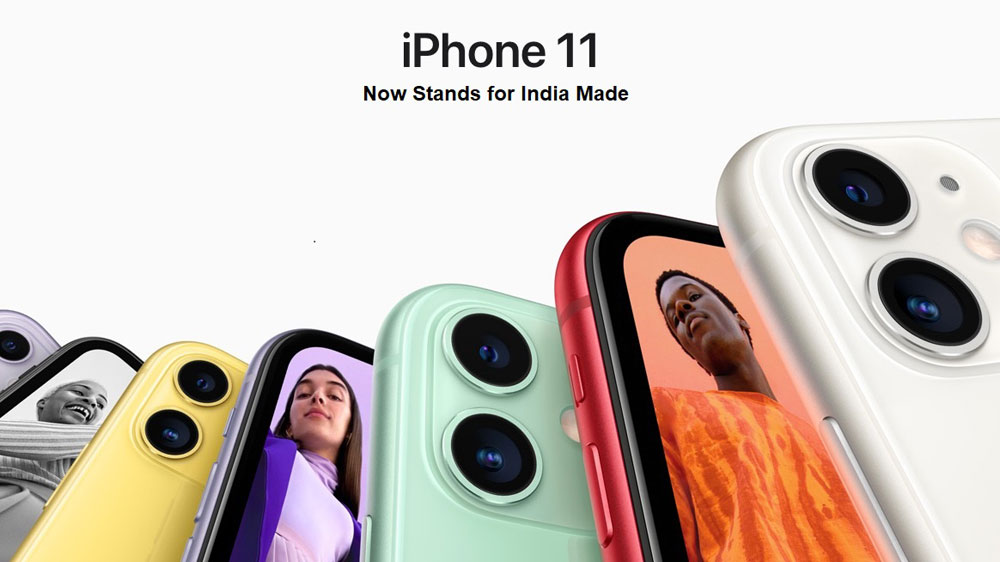 China to Chennai: iPhone 11 Now To be Manufactured In India

If the country in which your phone is manufactured is something that can cause concern to you, we have some good news for you. The world’s largest smartphone manufacturer Apple’s flagship phone iPhone 11 will now be manufactured in India. Country’s one of the biggest ministers confirmed the news himself, iPhone 11 is now to be manufactured in Chennai. But, will this local cause any change in the price? Let’s have a look.

The Communications, Electronics & Information Technology Minister of India, Ravi Shankar Prasad went on the microblogging platform to confirm the news of iPhone local manufacturing. On Friday, he wrote on his Twitter handle, “2020 – iPhone 11 2019 – iPhone 7 & XR 2018 – iPhone 6S 2017 – iPhone SE This chronology is a statement in itself as to how @narendramodi govt. has developed the mobile phone manufacturing ecosystem in India. It’s only a humble beginning.”

iPhone 11 will be assembled at a plant, based in Chennai, called Foxconn. It is the first time in history when a top-notch model of the iPhone is being manufactured or assembled locally in India.

This is not the first time when Apple has started manufacturing its phones in India. Nine months before the announcement of the iPhone 11, Apple had announced that it will assemble iPhone XR in India.

The first local manufacturing in India was in late 2017 when Apple started to manufacture iPhone SE in Bengaluru. As a supplier for its phones, Apple has a number of companies in line like Foxconn, Wistron, and Pegatron.

What About Price Change?

The first thing that came to Apple users in mind after listening to the news was this – will start getting iPhones any cheaper now?

Logically, iPhones should get a little cheaper in India now. Apple used to pay a whopping tax of 20 percent for importing the phones from overseas. But now this local manufacturing row, Apple will be able to bypass this tax. However, there is no official confirmation by Apple about any changes in the price of its flagship phone.