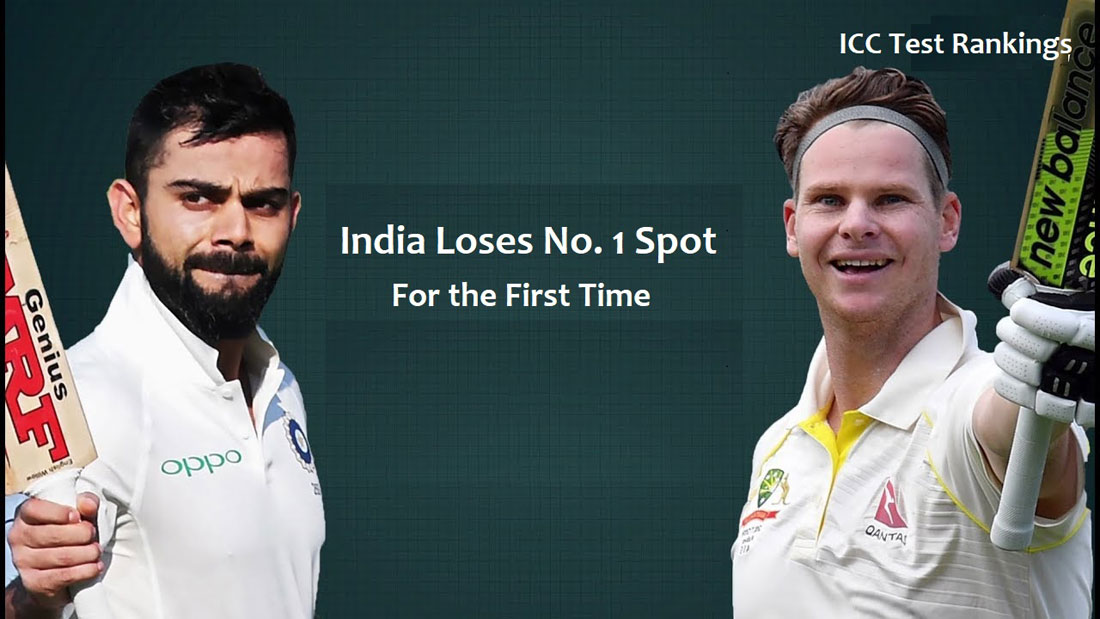 While the international cricket remains suspended owing to the ongoing coronavirus outbreak, International Cricket Council (ICC) has released the Test rankings for the men cricket teams.

In the updated ICC rankings, India has been replaced from the No.1 in Tests. Now, Australia holds the first position after replacing the Virat Kohli-led team.

India held the reign over the first position for a long time since October 2016. The country now stands at third position.

With 116 rating points, Australia is leading the list and is followed by New Zealand with 115 and India with 114 rating points.

Here is what the ICC statement stated:

“India has yielded the top spot for the first time since October 2016. This is largely because India had won 12 Tests and lost just one Test in 2016-17, the records of which were removed in the latest update…

They had won all five series during this period including against Australia and England. On the other hand, Australia had lost to South Africa as well as to India in the same period.”

With this announcement, India lost its longest reign as World No. 1 of over 42 months. However, India still leads the ICC World Test Championship.

Below are the new updates:

Australia has bagged the top position with 278 points for the first time since the T20 rankings were introduced back in 2011. Earlier, Pakistan held the first position for the past 27 months but is now on the fourth position with 260 points.

As far as other positions are concerned, England has moved into the second position followed by India at the third.

In contrast to T20 rankings, ODI team rankings have not seen much change. Though the top 10 rankings have remained unchanged, England has increased their lead from 6 to 8 points and remain at the top position.

The second and third positions are held by India and New Zealand respectively.

For other sports updates and stories, keep reading NewzOnTips.