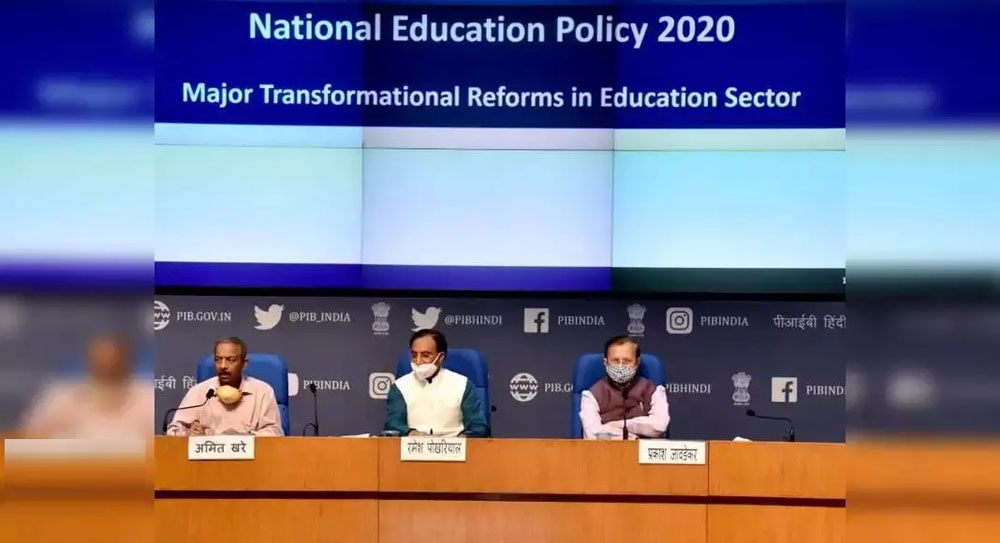 In a time when people thought education has suffered a huge because of the pandemic, Indian government has boosted the morale of parents and children with a New Education Policy 2020.

Country’s National Education Policy (NEP) will be seeing a change after 34 years. It’s a big deal for nation and everyone should know about the changed made.

To make readers understand, we have explained NEP with the help of four questions.

Q: What is the purpose of New NEP?

As mentioned earlier, it has been 34 years since India’s NEP was changed. 34 years can make a curriculum archaic. The goal of this new NEP is to update the curriculum with modern standards. It also seeks to enroll hundred percent children in the school by 2030.

Right now, India spends 4 percent of its GDP in education. After implementing the new NEP, India will start spending 6 percent in the education sector.

In this system, kids under the age of 3 to 6 years will come under pre-schooling (or Anganwadi) system followed by class 1 and 2. After this developmental phase of 5 years, a three-yeared phase will cover class 3, 4 and 5. This phase will include education in mother tongue or regional language.

The third phase will comprise class 6, 7, and 8 focusing on local crafts and trade. Students will be encouraged to do internships for the same. The fourth phase will cover class 9 to 12.

Unlike the 10+2 system, the new system won’t make any distinction between Sciences, Arts and other courses.

Q: What about higher studies – colleges and universities?

There will be a central agency called National Testing Agency which will conduct an all India level exam for admission into higher studies.

In UG and PG programs, there will be many entry and exit points. For example, one can complete UG in either three or four years, depending on the preference of career.

In UG, one can get a certificate after first year, advanced diploma after second year, Bachelor’s degree after third year and Bachelor’s with research after the final fourth year.

Skills and learnings will be treated as academic credit which can be transferred from one institution to another. Master of Philosophy (M.Phil) is scrapped under the New Education Policy 2020 and PG can be completed either in one year or two years.

There has been only one press release by PIB and a presentation by the government. It is expected that the government will release more information in the upcoming near future.

If have any questions about the New Education Policy 2020, keep reading NewzOnTips. We will update the news as soon as the government will release any new information.