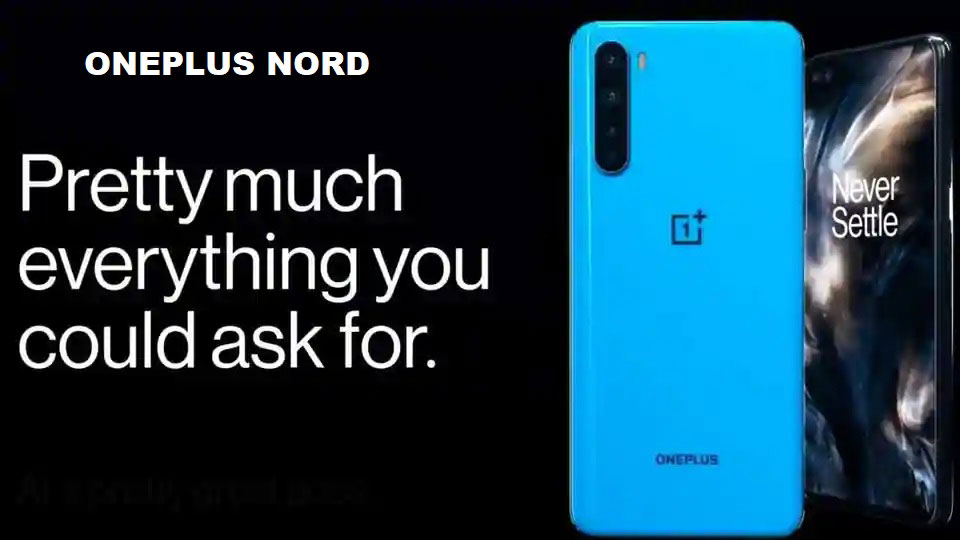 OnePlus Nord: Pretty much everything you could ask for..

When OnePlus announced that the cheapest variant of its flagship model Oneplus 8 will cost Rs. 41,999, people got baffled for a time. Isn’t it the same company that is famous for giving quality phones at affordable prices? High prices for OnePlus was like an existential crisis. But with the launch of OnePlus Nord, the company has taken a U-turn.

If OnePlus Nord launch has to be seen in a single phrase, what would that phrase be?

The Chinese smartphone company has decided to go back to basics. The new OnePlus Nord comes under the mid-range segment, and will probably be going to rule the segment for upcoming time. If this claim sounds like an exaggeration to you, bear with us.

This new talk of the town uses a Qualcomm Snapdragon 765G SoC and has an LPDDR4X RAM. Not a competition for its predecessors, but better than its competitors of the mid-range segment. It has a 6.44-inch full-HD plus Fluid AMOLED screen with 90Hz refresh rate. Again, giving a tough competition to the mid-androids. It will have up to 12GB of RAM, and up to 256GB of onboard storage.

OnePlus is further fulfilling its promise of affordability by giving a fast charger in the box. The 4,115mAh battery onboard supports Warp Charge 30T fast charging. The battery can be charged from zero to 70 in a mere 30 minutes. However, the phone does not support wireless charging.

However, there is a catch that no one is talking about. OnePlus Nord will be available on sale on Amazon India and OnePlusdotin from August 4, 2020. But only the two higher variants. If you want to go for 6GB + 64GB, you might have to wait for a month.

After reviews yet to come. But one thing is sure about the new OnePlus Nord, that everyone’s favourite android is back to basics.