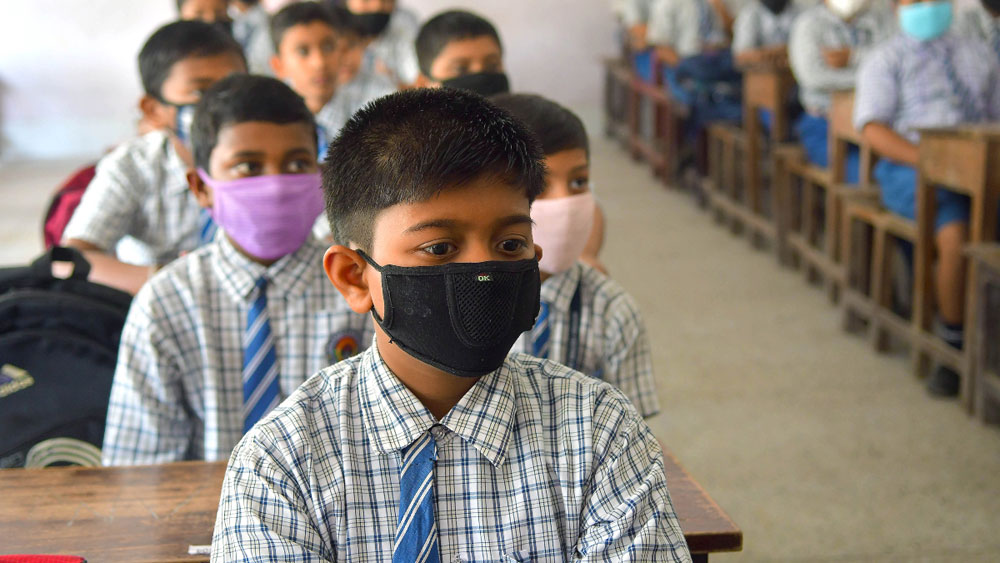 Finally after approximately six months, schools reopening in various states of the country from 21st September. Under the Unlock 4 guidelines, the Ministry of Home Affairs also permitted 50 percent of teaching and non-teaching staff to attend the schools for online teaching and other administrative work.

When it came to school reopening, the government asked states to take the final call on whether they want to open the educational institutes for students from 9th to 12th class amidst COVID-19 crisis.

Thus, on Sep 21, some states took the first step and opened the schools with specific guidelines. Below are the necessary details that you should know about the schools reopening under Unlock 4:

Authorities in the state have issued various guidelines and rules. The students from class 9 to 12 can attend school on voluntary basis with a written consent from their parents. The attendance will not be compulsory and students will be sent back with their doubts addressed and solved.

The state government has allowed the reopening of schools for students from class 9 to 12. However, they must follow the SOP released by the Health Ministry.

Other than that, a letter is also sent to all district education officers to ensure all the teachers take COVID test and have Arogya Setu app installed. Also, students can attend the schools on voluntary basis along with a written consent letter from parents.

The schools have reopened on a voluntary basis for classes 9 to 12. As per Chief Secretary Temjen Toy, 50 percent of the teaching and non teaching staff will be allowed to attend the school provided that they reside in non-containment zones.

Although schools in Assam will remain closed till September 30 but partial opening of class 9 to 12 is allowed. However, the students should come only after getting consent of parents and follow the guidance from teachers.

In Bihar, schools have been allowed to begin classes from Sep 21 for class 9 to 12, given that they are outside containment zones.

Schools in Madhya Pradesh also opened for the students of class 9 to 12. However, the students can take decision voluntarily and take teachers guidance.

Schools in Srinagar opened on a partial basis for classes 9-12. The attendance, however, is not compulsory and written consent parents is essential for students coming to attend classes.

READ MORE: Explained: Why Farmers Are Protesting Against The New Farm Bill 2020

Major States and UTs Not Opening the Schools

Schools will remain closed in the capital city until Oct 5 since the coronavirus cases are on rise. Earlier, it was said that higher classes might begin for senior students but now the government has made it clear that no classes will be held in schools until further notice.

After consulting experts and analysing the COVID situation, the Goa government decided to not open the schools, even for the higher classes.

In the wake of rising COVID cases, the government decided it will not allow reopening of schools.

Just like Delhi and Gujarat, Uttarakhand has also decided not to open the schools yet since the cases are growing rampantly.

No schools will open in Uttar Pradesh as well because of the ever-increasing cases in the state.

Earlier, Karnataka government too allowed the schools to reopen but due to rising COVID cases, the move was halted. Now there will be no partial opening of schools or colleges in the state.

For more such articles and latest updates, keep reading NewzOnTips.

Explained: Why Farmers Are Protesting Against The New Farm Bill 2020