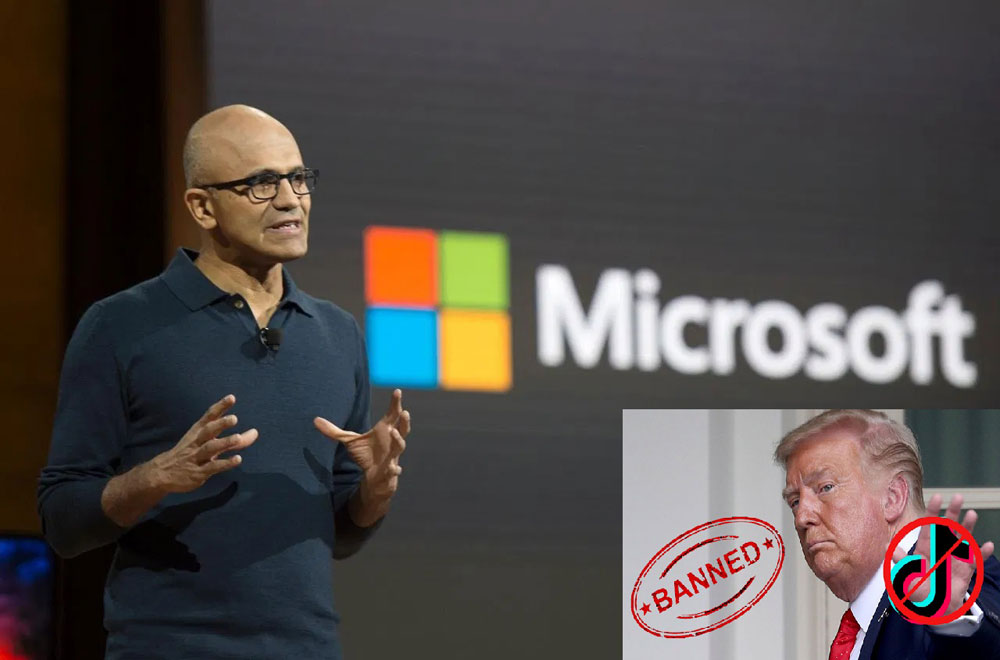 After facing a ban in India, TikTok is almost on the verge to face a second road bump in its path. American President Donald Trump has said many times that he might consider banning the Chinese video-sharing app TikTok. But, not every news is bad. Some insiders in the market are talking about a possible TikTok Microsoft deal.

If this mega acquisition happens, US President Donald Trump might consider not banning the app.

It is only after the ban of Chinese apps in India, that USA started pulling its strings. US Secretary of State Mike Pompeo has said this in public that TikTok is collecting personal information of American Citizens and India has already banned 106 Chinese apps that posed a threat to Indians’ privacy and security.

Not just the President, even the US senators seems unhappy with the Chinese app. Senator Marco Rubio remarked, “In its current form, TikTok represents a potential threat to personal privacy and our national security. Based on numerous reports, we are extremely concerned that Zoom and TikTok have disclosed private information about Americans to the PRC and engaged in censorship on behalf of the Chinese government.”

What If TikTok Microsoft Deal Gets Finalized?

All these talks of security and banning will float around until the software giant Microsoft acquires TikTok. According to a report by the Wall Street Journal, the TikTok Microsoft deal could be completed on Monday. If the deal happens, it will involve billions of dollars.

The Silicon Valley lobby is quite strong in the USA, and Microsoft holds a stronghold over this lobby. There is no chance of any kind of ban on the app if Microsoft acquires even a few stakes of the Chinese app.

Moreover, if TikTok Microsoft deal was not in the talks, the one possible solution that the USA administration was thinking of the ‘security threat’ was to divest the ownership of TikTok’s US operations to some American company. This means, if it weren’t for Microsoft, then some other US tech giant must have bought stakes of ByteDance (TikTok).