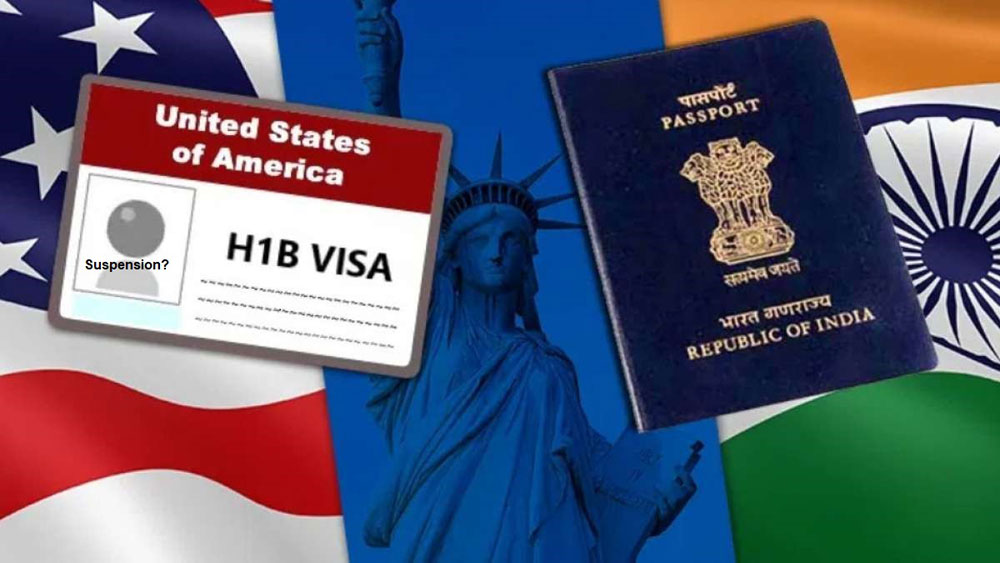 US May Suspend H-1B Visa: Know How It Is Going To Impact Indians

The ongoing coronavirus pandemic is not just affecting the lakhs of jobs of Indians living in the country but abroad as well. US President Donald Trump is planning to suspend a number of employment visas, including the H-1B Visa which is going to impact Indians

It all started on April 22, when the US President issued a presidential proclamation that suspended the entry of new immigrants. The step was taken due to the rise in cases of COVID-19. And this list of immigrants includes people who go to the US under work visas, like H-1Bs and H-2Bs, among others.

Though details of the proposed suspension are vague so far, media reports said that the suspension “could extend into the government’s new fiscal year, beginning October 1, when many new visas are typically issued”.

Reportedly, the H-1B visa is the most desirable foreign work visa for IT professionals from India. Thus, Trump’s decision will have a drastic impact on the jobs of thousands of Indian IT professionals working in the US. Due to coronavirus, many have already lost their jobs and came back to India.

Now, on June 12, the shares of big IT players like Infosys, HCL, TCS, Wipro and Tech Mahindra registered heavy share price losses, a chain reaction to the probability of H-1B visa suspension.

Here are the numbers as per the share market reports:

Further, it is not just the Indian IT companies that depend on H-1B visa. Many tech giants like Apple, Facebook, Microsoft and Google will bear the brunt of this decision as they have been key-beneficiary of H-1B visas.

What Does Nasscom Want?

Amidst the troubles, The National Association of Software and Services Companies (Nasscom) has also released a statement. Nasscom wants to exempt tech workers from the H-1B visa suspension. It stated that as businesses reopen in the US, American enterprises will need essential technology workers to keep the industry running.

In the statement, Nasscom said, “These include healthcare, hospitals and online services and playing key roles to develop treatments for this disease—to name a few vital services. Highly skilled workers on non-immigrant visas (NIVs) such as H-1Bs and L-1s, are playing critical roles in the delivery of these services and the development of these products,”

Furthermore, it said that if these workers won’t stay in the US, then, “the economic pain would worsen, industry would slow, and the timeline for a treatment and cure could lengthen.”

To know what’s happening in the world and the latest world news, keep reading NewzOnTips.

Has WHO Handled The COVID-19 Correctly? India Joins 61 Other Countries For A Probe

Has WHO Handled The COVID-19 Correctly? India Joins 61 Other Countries For A Probe